What Does Social Media Have to Do With Practicing Medicine?

In a word: nothing.  You could ignore social media and the Internet and still practice podiatry just as effectively as you always have, but at some point in the future you will be practicing it less often and with fewer patients.  I make this point, not to confront, and not to be arrogant. I make this point because it's a fact and it is important for you to know it and to understand why it's important to you and your patients.

Don't look in the mirror

The first thing you must do is not judge social media by your own behavior. It is entirely possible, in fact, it is highly likely, that you have never blogged, tweeted, posted, re-tweeted, pinned an image, or done anything remotely close.  And it is also highly likely that you have had some minimal exposure to social media and found it to be boorish, vulgar possibly, and ridiculous and irrelevant assuredly.  It is also likely that you have heard the high profile stories of government officials who have been brought down by juvenile behavior online too.  If this is close to your experience it is understandable that you can find no connection between this activity and your podiatry practice. It's understandable but you would still be wrong.

Here is why you would be wrong: everyday thousands of people who live within 20 miles of your practice are communicating on Facebook, Google +, Twitter, Pinterest, Linked In, and more social media outlets. They are doing this hundreds of thousands (actually millions) of times in a week and a month.  This is part of a fundamental transformation in the way in which information is shared by individuals. This transformation is accelerating and will continue to be pervasive in the future.  Something is happening before our very eyes on our Smartphone screens -the human race is sharing information in new and powerful ways and social media is at the center of the target for this behavior.

"OK," you say.  "Let's say that's all true. I see all the little icons in the newspaper and on television.  I see it at Dunkin Donuts. But, so what? I still want to know why that involves my podiatry practice."

Find out next week what it is about the social media world that makes it so important to the marketing of your practice. 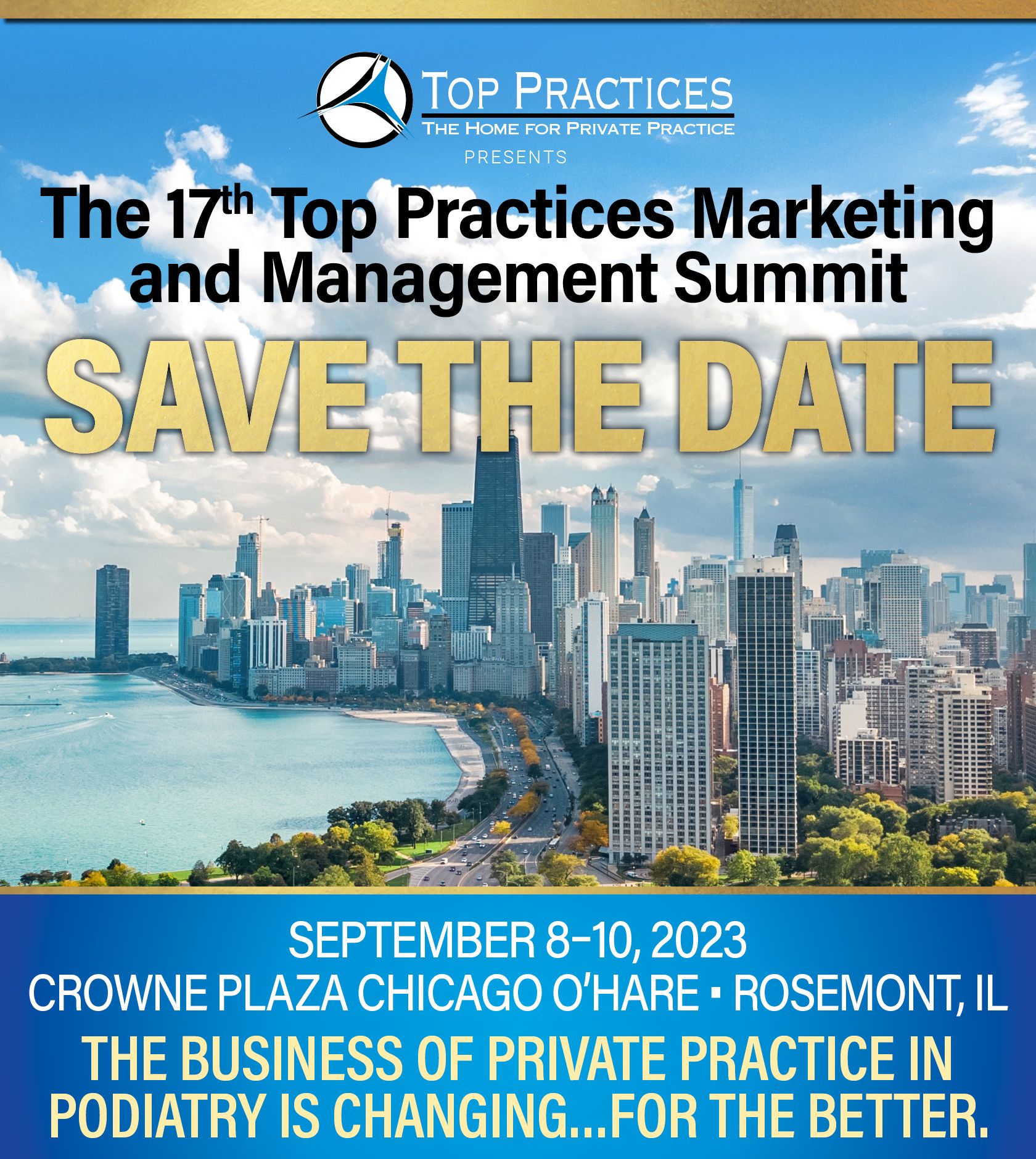